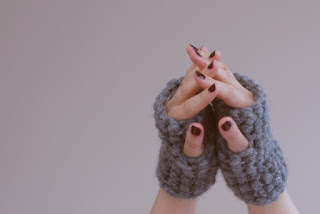 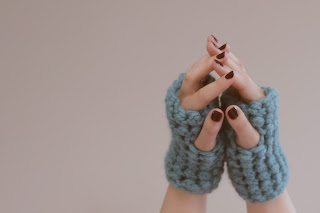 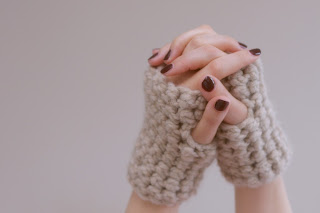 SO, its been a busy little weekend so far. Friday I went into a bit of a baking frenzy. I haven't made the time to bake like that for ages and it was rather therapeutic, especially doing it with charlie, he just loves baking!

I was on a mission to bake wholesome bits for the babes. Having gathered up a selection on various new recipes, I had a nice selection I wanted to try. The first three were: Fruity breakfast muffins (made with the boy - he made banana, I made apple and cinnamon), cheese and marmite scones (actually rather tasty) and a lentil quiche, which I thought was rather nice, alas, no-one else really agreed...bit disappointing given the fact that it took nearly 4 hours to make!! Anywho, I'll post pics and recipes tomorrow.

I also finally managed to get some more chunky crochet wrist warmers in the shop. Today, mint (can't get enough of mint), oatmeal and grey. Yes, I know its still July, but all this rain makes it feel like winter! I like winter. Don't hate me but I also am rather pleased at how well my rhubarb is doing thanks to the rain!